Optical laser systems for ambient sensing are playing a central role in the quest for autonomous driving. Long-range systems are particularly challenging – and attractive for OSRAM.

The vision of autonomous driving continues to take shape. But it will still be quite some time before we can all sit back in our cars and read a newspaper. “In the near future, robot cars that take passengers completely autonomously from A to B will, in most cases, be running only on fixed routes,” says Gunnar Moos, head of Autonomous Driving at OSRAM. “Robo-taxis shuttling passengers back and forth to an airport are a good example.”

For the majority of traffic, however, this vision of the future is still some way off. “First, we’ll see semi-autonomous assistance systems that can be activated for highway journeys, for example,” adds Moos. “We call this stage three of autonomous driving. The driver can pass responsibility to highly automated systems but must be able to resume control within only a few seconds – for instance, when driving through roadworks.”

Moos and his colleagues in Berlin and Munich are currently developing a high-resolution LiDAR module for precisely these applications. LiDAR stands for “Light Detection and Ranging” – an optical measuring system for detecting objects. LiDAR units generate short laser pulses that are then are reflected from an object. A sensor measures the direction and propagation time of each pulse. Based on the speed of light, the unit calculates the distance between itself and the object with a high degree of accuracy. 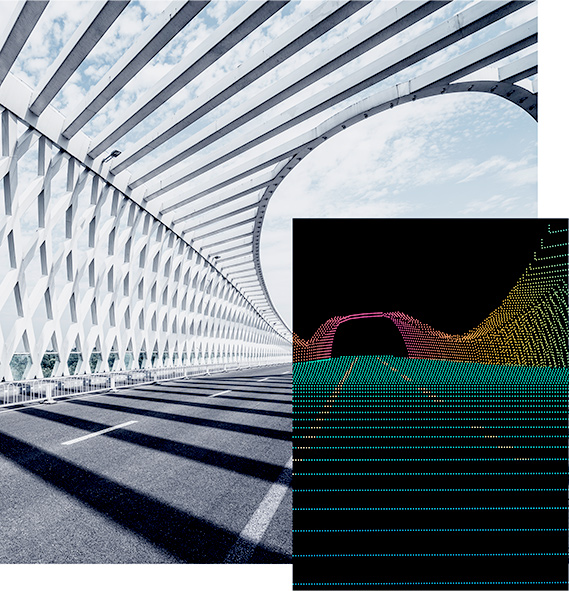 The advantage of LiDAR systems over radar sensors is that they offer high resolution even over long distances. Modern systems provide tens of thousands of data points. The ability to “see” in three dimensions and measure distances to objects directly is also a crucial strength compared to high-resolution camera systems. For example, LiDAR technology can tell the difference between a shadow and a three-dimensional object. And, in contrast to cameras, it has no problems with oncoming light. However, Moos is convinced that a combination of the three systems will be the key to the future of autonomous driving. “LiDAR systems are often seen as competing with camera and radar systems. The fact is that they complement each other. The exciting question is how the data from the various systems can be brought together.” “Sensor fusion” is the technical term for this. It will allow autonomous vehicles to reliably detect a person at a distance of even 200 meters – and whether the object crossing the road is a bag or a child.

Whether and when LiDAR will be used for the mass market depends to a large extent on cost. The modules installed in concept cars are still too large and expensive. “Innovation lies in making the modules so small and cost-effective that they are suitable for the mass market,” says Moos. “With our industrialization and automotive experience, we see a clear advantage for us here.” After all, it is not just the technology that is demanding. The automotive industry places high demands on robustness and quality. “A fleet of robot taxis can be regularly maintained and calibrated. For private production vehicles, on the other hand, the systems must function perfectly even after many years. Not everyone can guarantee that.”

So, OSRAM is focusing on this technically challenging and economically attractive LiDAR segment for the mass market. It can build on its extensive in-house expertise. First and foremost, this relates to the high-quality infrared laser emitters that its Opto Semiconductors division offers for a wide range of distances and applications. They are world leaders in terms of performance, accuracy, and quality. Ten million chips are already in use – without a single failure. Added to this is the company’s expertise in beam guidance, control electronics, and detector design along with signal processing expertise from the company’s shareholding in Canadian LiDAR specialists LeddarTech. 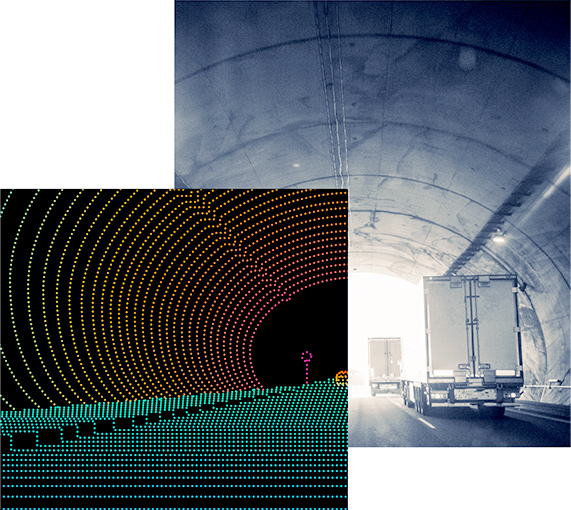 “Such complex technologies can be specified and developed only in close collaboration with customers and partners,” says Moos. “Discussions are already taking place with headlamp and vehicle manufacturers. We will be unveiling a prototype of the LiDAR module at the Consumer Electronics Show in Las Vegas early in the year.”

And what happens if a different technology prevails for autonomous driving? “LiDAR has many technical benefits in its favor. In terms of safety, there is also an important strategic one: together with a camera and radar, it forms a redundant system and can therefore provide the data to make autonomous driving safer. That can be crucial to the success of self-driving vehicles. A study in Germany showed that people are looking forward to self-driving cars, but more than 70 percent of respondents said they were concerned about safety. I am convinced that with reliable, high-quality LiDAR modules, we can look ahead to a successful future.”