Smoke alarms are proven life savers in residential, commercial and industrial buildings. Data from the US National Fire Protection Association (NFPA) show that the risk of death in the event of a fire in a home protected by a working smoke alarm system is 55% lower than that in a home with no or with faulty smoke alarms¹. So all of us who live or work in buildings have a personal interest in the performance of smoke alarms.

Now ams OSRAM have developed a new technical approach to the design of smoke alarms which can detect fire faster than smoke alarms on the market today. It also has the unique ability to distinguish between different types of fire. With the ams OSRAM technology, the emergency signal to first responders can now include information about whether the flame is from wood, plastic, oil, or some other material, so they can prepare the correct safety and extinguisher resources en route.

The combination of the AS7343 spectral sensor and an OSLON® LED, can lead to a dramatic improvement in response time, and for the first time enable smoke alarms to accurately distinguish between different types of smoke and vapor via the spectral characteristics. Therefore, almost completely eliminating the risk of false alarms. The new technology for smoke alarms enables to save lives, make buildings safer, and reduce the financial losses associated with fires in buildings.

The innovation by ams OSRAM springs from a discovery about the optical characteristics of fire. It turns out that different types of fire produce smoke of different colors. Classic wood smoke is blue-grey. But smoke from an oil fire will typically be more black. The smoke from burning plastic has more green and red hues.
In fact, the common types of fires in buildings each have their own color, made up of light from across the visible light spectrum. That’s why the ams OSRAM developers talk about a fire’s ‘spectral signature’. Now we have created a system for detecting each of these signatures. That is a big change from the way that smoke alarms operate today. A smoke alarm, usually mounted on the ceiling, has a smoke detection chamber. In the chamber is a simple LED emitter, a cheap two-channel light sensor, and a controller to interpret the signals from the sensor.
In normal operation – when there is no fire – the air is clear, and so almost none of the LED’s light is scattered by particles in the air, and the sensor detects almost no reflected light. When smoke enters the chamber, some of the LED’s light is absorbed by smoke particles before it reaches the sensor. Some light also bounces off the particles, and is detected by the sensor. When the amount of light reaching the sensor falls below a set threshold, the controller recognizes a fire event and actuates the sounder and other alarm functions.

The simple two-channel optical sensor in today’s smoke alarms is sensitive only to blue light in the visible spectrum. The second optical channel detects infrared light, to respond to the heat generat-ed by a fire. Unfortunately, this simple sensor responds to smoke in the chamber in a similar way as it does to vapor, and so tends to generate false alarms when the atmosphere becomes steamy, for instance when a nearby bathroom is in use. It is also slow to respond to smoke that is not blue.

The technology developed by ams OSRAM operates on the same principle as conventional smoke alarms – but much better. For the sensing element, it uses an AS7343 spectral sensor – a multi-channel device which can distinguish between eight visible colors, from violet through green and orange to red, as well as deep into the (invisible) infrared spectrum. It’s complemented by an OSLON® broadband LED emitter, which emits light across the visible spectrum, matching the spectral range of the AS7343.

When these two chips are mounted inside the smoke detection chamber, a smoke alarm becomes capable of recognizing the characteristic spectral signatures of smoke. This allows smoke alarm manufacturers to create better performing products:

Vapor has a different spectral signature from smoke. With the ams OSRAM technology, vapor does not trigger false alarms.

The ams OSRAM system can detect smoke signatures soon after the start of a fire, when there is little smoke in the air. This results in earlier fire detection, and a faster alarm re-sponse. Tests carried out by ams in accordance with the international EN54 standard show that the multi-channel sensing technology detected the spectral signature of a wood fire in less than 60 seconds. On the same test, a conventional smoke detector took more than six minutes to trigger an alarm.

By distinguishing different types of fires, a smoke alarm based on the ams OSRAM tech-nology can inform emergency services about the type of fire they are responding to before they arrive at the scene.

The ams OSRAM multi-channel optical technology enables smoke detector manufacturers to create better performing products which have high consumer value: who would not choose a smoke alarm which enables to save lives and protect property by detecting fires faster, while avoiding false alarms?

Based on the AS7343 spectral sensor and an OSLON® LED, the technology is available now, offering a new way in which ams OSRAM’s optical technology helps make the world safer.

¹ ‘The death rate per 1,000 home structure fires is 55 percent lower in homes with working smoke alarms than in homes with no alarms or alarms that fail to operate.’ NFPA research, February 2021. 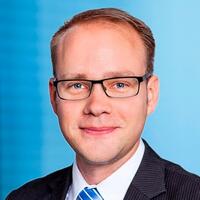