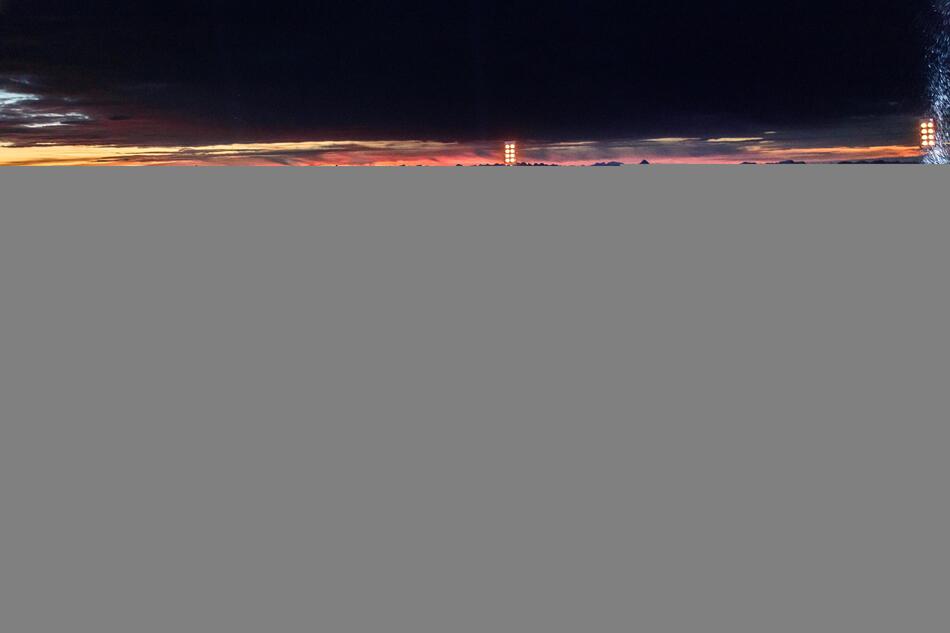 High-performance sport meets high-performance lighting: Osram crowned the celebrations commemorating the 110th brand anniversary with a spectacular event at the top of the Zugspitze, attended by some of Germany's best ice hockey players. Eight members of Germany's championship winning team, EHC Red Bull Munich, played an evening ice-hockey game against a stunning alpine backdrop, with the help of high-tech lighting provided by Osram.

The rink and its surrounding area were illuminated by floodlights and effect lighting from Osram, turning the event into an impressive peak-top spectacle. With the game taking place in the background, the Munich lighting company unveiled its latest world first to a broader public. In 2017, the company will be introducing LED lighting integrated into fabrics. Compared with passive elements such as reflectors and signal colors, active lighting considerably improves the visibility and conspicuousness of safety clothing and sportswear. In the ice hockey game on the Zugspitze, at an altitude of just under 3,000 meters, this technology was exposed to extreme conditions. The modern LEDs from Osram, integrated into the clothing, helmets and puck, showed how they can cope with tough sports and freezing temperatures.

During the course of its birthday festivities, Osram has already completed two spectacular lighting projects – the commemorative video projection at the German Patent Office in Berlin and the illumination of the facade of the Westin Excelsior Hotel in Rome, also celebrating its 110th birthday in 2016. The company has now brought its gala activities to a worthy conclusion by turning the spotlight on this high-vis ice hockey game featuring stars from the EHC Red Bull Munich club. Osram has been the lighting partner of the German ice hockey champion since 2014. OSRAM, based in Munich, is a globally leading lighting manufacturer with a history dating back about 100 years. The product portfolio includes high-tech applications based on semiconductor technology such as infrared or laser lighting. The products are used in highly diverse applications ranging from virtual reality, autonomous driving or mobile phones to smart and connected lighting solutions in buildings and cities. In automotive lighting, the company is the global market and technology leader. Based on continuing operations (excluding Ledvance), OSRAM had around 24,600 employees worldwide at the end of fiscal 2016 (September 30) and generated revenue of almost €3.8 billion in that fiscal year. The company is listed on the stock exchanges in Frankfurt and Munich (ISIN: DE000LED4000; WKN: LED 400; trading symbol: OSR). Additional information can be found at www.osram.com.