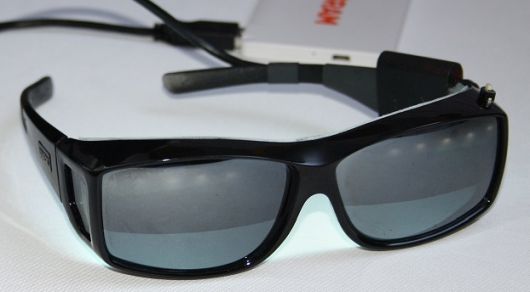 The German Skiing Association (DSV) and lighting expert Osram are positive about their collaboration so far. To mobilize new energy reserves among its athletes, the DSV has been applying the latest findings on “biologically effective light” for more than two years now. Specially designed LED light glasses, now being presented at the German Alpine Skiing Championships, are used to prepare for night races. Before the start of the race, the glasses give the skiers an intensive light shower and thus help them to be alert and focused at the right time. “In high-performance sports, the slightest difference determines success or failure. The biologically effective light in these glasses enables the athletes to mobilize new energy reserves especially before night races and be more alert and focused,” says Karlheinz Waibel, Federal Trainer for Science and Technology at the DSV.

The LED glasses, currently still a prototype, are equipped with around 20 LEDs and offer a light intensity that is several times brighter than workplace lighting. To achieve the desired effect, the athletes wear the glasses for about 15 minutes before the race. Light glasses were used, for example, at the double victory of Felix Neureuther and Fritz Dopfer in the night slalom in Madonna di Campiglio in 2014. “In addition to top-class sport, the light glasses could also be used by airlines, for example, to reduce passengers’ jet lag by speeding up their adjustment to the time at their destination through targeted light simulation,” says Osram biologist Andreas Wojtysiak.

Besides the light glasses, the DSV also employs two other Osram luminaires that are used particularly on trips to other time zones and in Nordic countries with shortened hours of daylight.

The specially developed luminaire for athletes’ rooms is used for individual competition preparation. It especially helps athletes begin their day in a more active and focused manner. In the evening, the light enables them to more easily wind down and regenerate their bodies. Athletes can thus boost their performance during the day.

The second type of luminaire was also designed with a similar goal in mind. It is used in particular to light common areas and rooms where team meetings are held. With its high luminous flux, it functions like a “light shower”. Used individually or in combination, both systems help athletes reset their biological clocks even on long trips overseas or to the Far East, for example. Targeted light enables them to adjust to the local time much more quickly. As a result, jet lag symptoms are significantly reduced and the athletes return much faster to a balanced sleep-wake cycle, allowing them to better achieve their normal performance and reaction levels despite long, grueling trips. 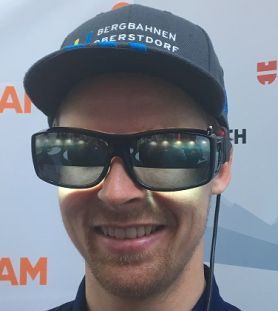