Osram has expanded its automotive portfolio

Osram Opto Semiconductors has launched the Oslon Black Flat S series, the world’s first surface mountable LEDs with up to five individually controllable chips. Thanks also to the contrast ratio provided by the package, they are predestined for use in ADB (Adaptive Driving Beam) headlights. Switchable light segments enable oncoming traffic and traffic further ahead on the road to be masked out, making driving more comfortable and safer. With their improved thermal properties, these high-power LEDs offer system benefits and are suitable as an attractive entry-level ADB solution even for vehicles in the compact class. The new 3-chip version in the Oslon Black Flat S series has been available since October 2016, and the versions with four and five chips will be available from January 2017.

This represents a significant expansion of the high-tech company’s LED portfolio in this area of application. The powerful chips are based on state-of-the-art technologies. For the first time the light-emitting surface does not require a recess for contact with the bond wire and produces highly uniform light across its square format, making it easier to adapt the optics. The chips are individually controllable and offer very high contrast between neighboring chips which is 100% verifiable. These features enable oncoming traffic and traffic further ahead to be actively masked out with a high degree of contrast. Drivers benefit from the optimum distribution of light on the road at all times.

“The Oslon Black Flat S series enables the benefits of adaptive matrix light to be offered not just on flagship models but also on cars in the entry-level and compact classes so drivers of these cars will also enjoy greater safety and comfort”, said Thomas Christl, Product Manager at Osram Opto Semiconductors. In addition to glare-free high beam, other adaptive LED front lighting functions such as cornering light and city light can be implemented with the Oslon Black Flat S – without the need for any mechanical elements.

ADB solutions for the entry-level segment

Up to now, only the Osram Ostar Headlamp Pro had individually controllable chips. The Oslon Black Flat S series now adds this feature to the portfolio. In addition, the chips are surface mountable and are compatible with standard processes. In contrast to the Oslon Black Flat, the Oslon Black Flat S LEDs have an optimized and symmetrical contact surface design which further improves heat removal and cycle stability. This combination of excellent thermal management and standard processing reduces system costs. The higher possible current load of up to 1.5 amperes provides sufficient light on the road from only three segments, and produces as much as 2,000 lumen from the 5-chip version.

For more information on the Oslon Black Flat S please refer to the Product Catalog. The new multichip LEDs will be presented for the first time at electronica. Visit Osram Opto Semiconductors from November 8 to 11, 2016 at booth 107 in Hall A3 at the Munich Exhibition Center. 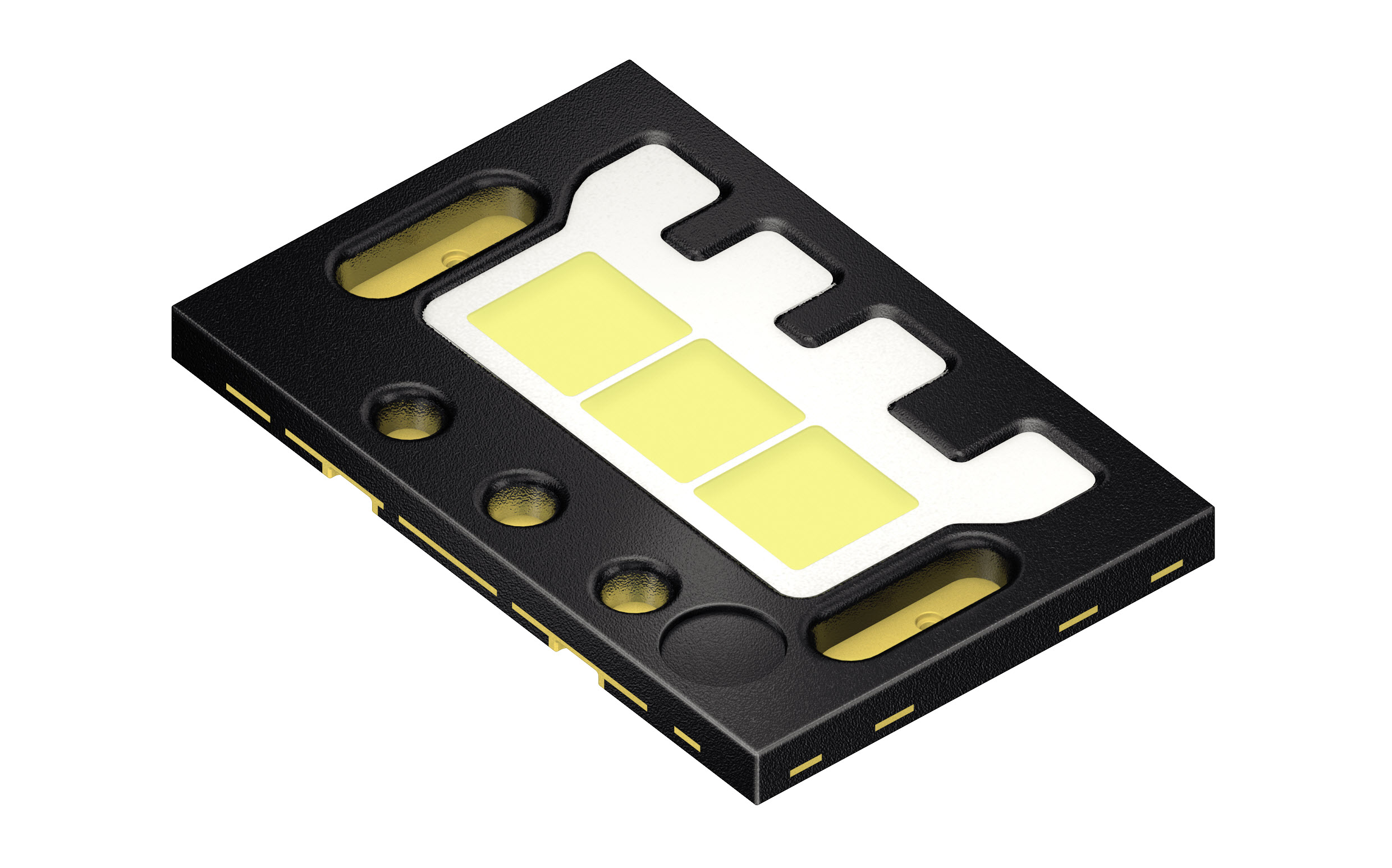 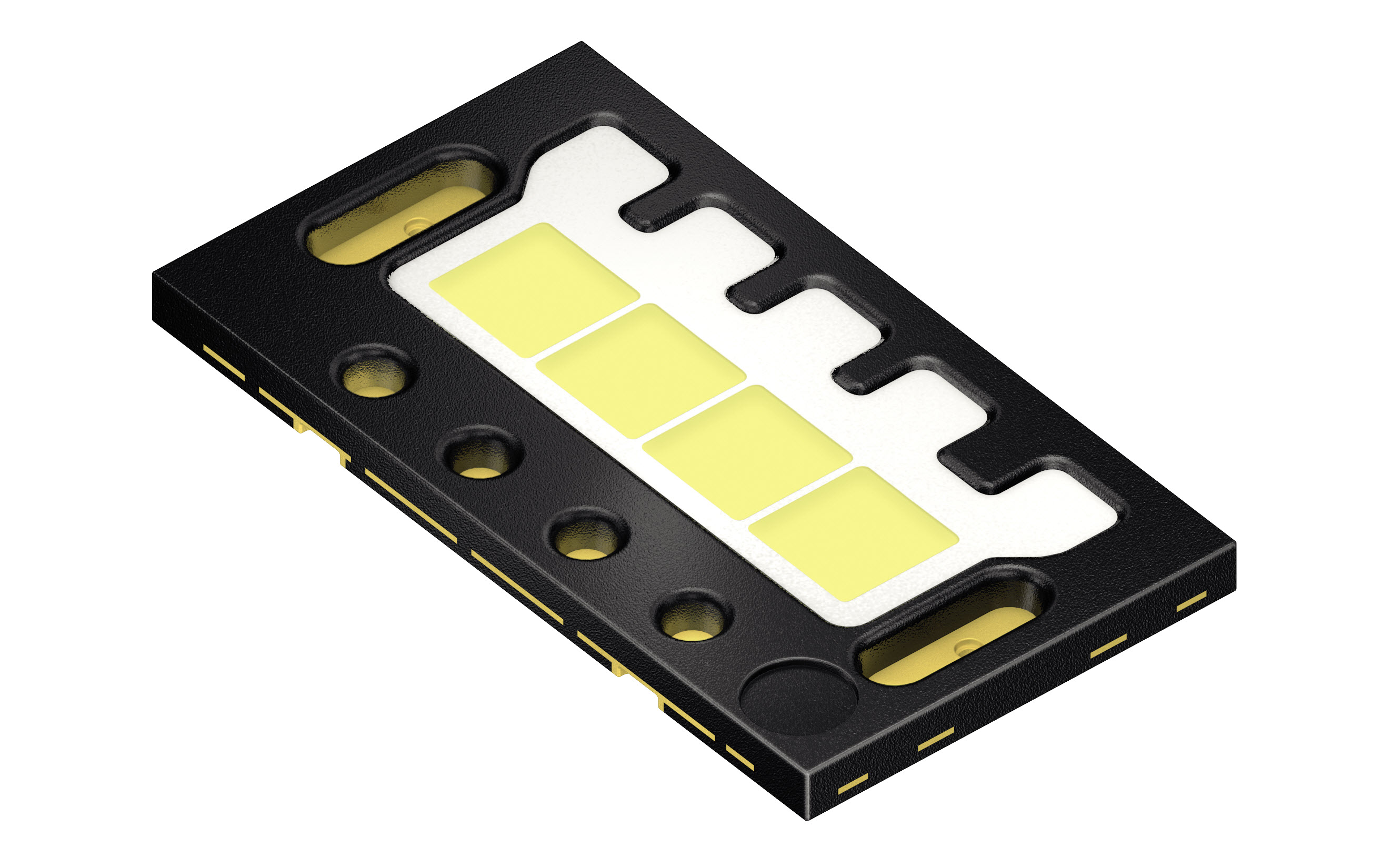 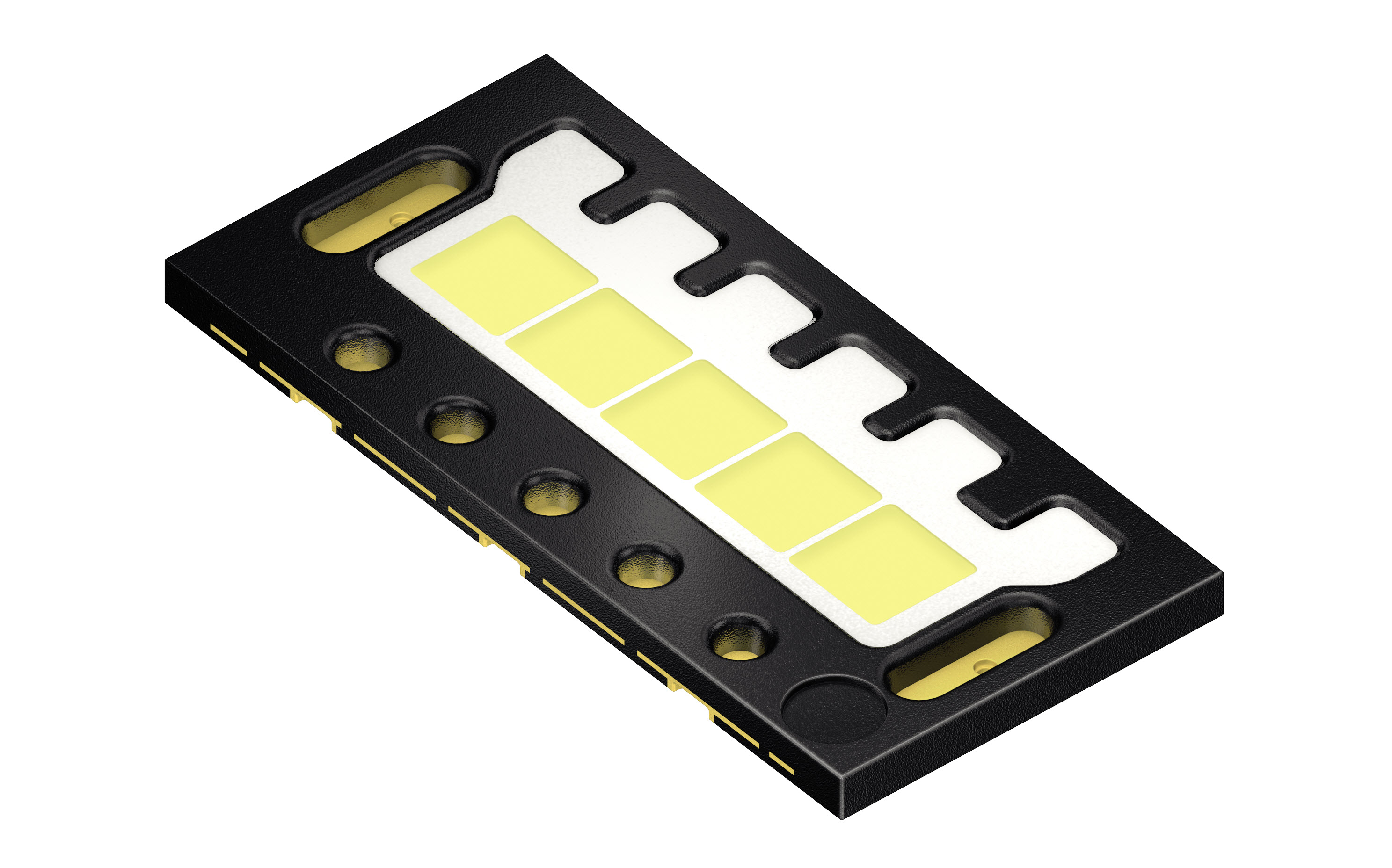 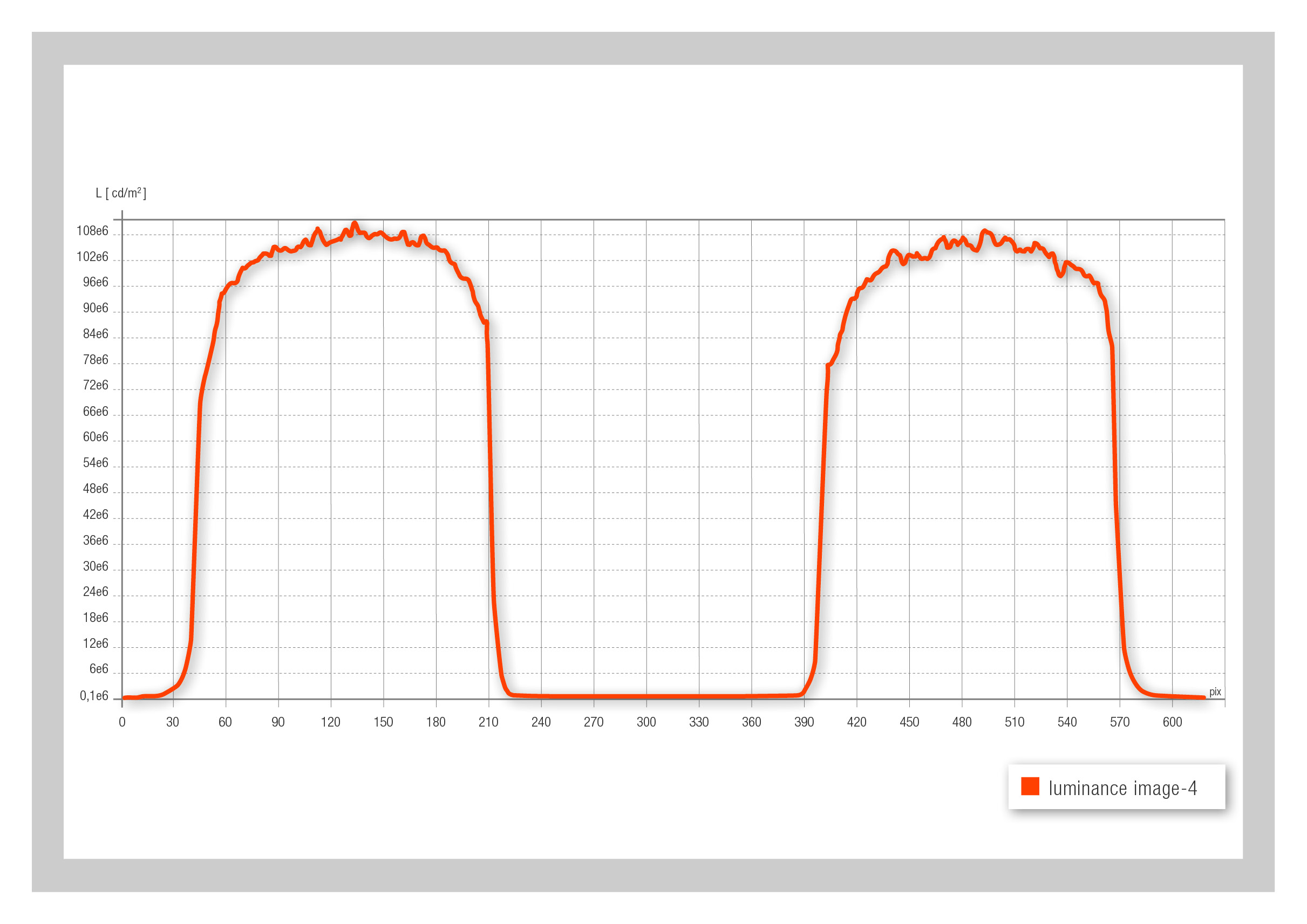 OSRAM, based in Munich, is a globally leading lighting manufacturer with a history dating back more than 100 years. The portfolio ranges from high-tech applications based on semiconductor technology, such as infrared or laser lighting, to smart and connected lighting solutions in buildings and cities. OSRAM had around 33,000 employees worldwide at the end of fiscal 2015 (September 30) and generated revenue of almost €5.6 billion in that fiscal year. The company is listed on the stock exchanges in Frankfurt and Munich (ISIN: DE000LED4000; WKN: LED 400; trading symbol: OSR). Additional information can be found at www.osram.com.