A German research alliance with well-known members from industry and research has developed the basis for smart, high resolution LED headlights, which takes adaptive forward lighting to a new dimension. The demonstration model was developed by overall project manager Osram in collaboration with the project partners Daimler, Fraunhofer, Hella and Infineon. Both headlights contain three LED light sources, each with 1,024 individually controllable light points (pixels). This means that the headlight can be adapted very precisely to suit the respective traffic situation to ensure optimum light conditions at all times without dazzling other drivers. The light can be adapted to take account of every conceivable bend in the road so that there are no dark peripheral areas. In addition, with the aid of sensors in the vehicle, the surroundings can be analyzed in order to illuminate oncoming traffic. This allows the driver to see these vehicles more clearly. At the same time, the beam of light does not shine on the heads of oncoming drivers, which means they’re not dazzled. As a result, such shifting headlights no longer have to be dimmed on country roads.

The project, which was funded by the German Federal Ministry of Education and Research (BMBF), has now been successfully completed after three and a half years with the production and field test of headlight demonstrators. For the implementation, Osram Opto Semiconductors, Infineon, and the Fraunhofer Institute for Reliability and Microintegration (IZM) developed an innovative LED chip with 1,024 individually controllable pixels. In the current generation of adaptive headlights on the market, several LED components are installed in the headlights side by side and on top of each other. Additional electronic components are required to switch light segments on and off. The number of segments is limited due to the restricted space in the headlight. In the new approach, electronic activation of the LED is integrated in the chip, resulting in a much higher resolution, while still meeting limited space requirements. For the innovative, high resolution, smart automotive lighting, in a second step, the Osram Specialty Lighting unit developed an LED module. It features an electrical and thermal interface that enables direct connection to the vehicle’s electronics.

The feasibility of the system has now been demonstrated successfully in the project; when a smart, high resolution headlight is used, driving and weather conditions are continuously analyzed: What is the course of the road, how fast is the car driving, is there oncoming traffic, and what is the distance between the car and other vehicles? Based on these conditions, the variable, adaptive light distribution ensures tailor-made lighting in every situation. For example, at high speeds, the range of the light beam is increased automatically. In city traffic, on the other hand, wider light distribution improves safety as, in addition to the road, also the sidewalk and peripheral areas are illuminated better. These functions are implemented fully electronically with no mechanical actuators. With glare-free full beam the driver always has the best possible light at night – with no adverse effects for other drivers. For motorists this is a clear benefit in terms of awareness – an important contribution towards reducing the risk of accidents when driving at night.

“We now want to develop this new type of high-resolution LED light sources so that it’s ready for serial production and we see enormous potential for its use in headlights,” said Stefan Kampmann, Chief Technology Officer at OSRAM Licht AG.

Infineon Technologies AG developed the intelligent driver circuitry in the innovative LED chip. This allows each of the 1,024 pixels to be controlled individually. The semiconductor manufacturer managed to design it in such a way that it can be connected directly with the light-emitting LED array above it. The technical challenge lay in reconciling the special requirements for this with the manufacturing technologies for LED drivers. With the intelligent driver circuitry and its broad automotive application know-how, Infineon is supporting the trend toward highly innovative, adaptive front lighting systems.
HELLA KGaA Hueck & Co specified the main technical requirements for the light source based on the functional requirements from Daimler. The light and electronics expert developed the entire optical system for the light modules and its cooling concept as well as the prototype headlights. They are extremely efficient and generate a very homogeneous light pattern and, in addition, the individual pixels have a good lighting quality. The different light patterns can thus be generated purely electronically with no mechanical actuators. This is a step towards digitalization in the lighting industry. With this development, Hella is living up to its own standards for developing innovative lighting systems with and for customers and not only producing them in series with the necessary accuracy and quality, but also consistently thinking ahead in terms of technology.

In the research project, Daimler AG specified the functional requirements and the future vehicle properties for the complete headlight system. This was the basis for the components and module properties for the overall headlight system, which calculates the best light distribution with consideration of future sensors and vehicle architectures and passes this information on to the pixel headlights. As regards future electric vehicles, energy efficiency is an important requirement for the newly developed LEDs. A vehicle from Daimler with the smart LED headlights was used for the field trials under real traffic conditions.

The current Mercedes-Benz E-Class contains MULTIBEAM LED headlights from Hella which each have 84 individually controllable Osram high performance LEDs. Daimler is continuing to develop LED headlights with more and increasingly finer pixels and is consolidating its role as a pioneer in the lighting sector.

Fraunhofer contributed to the project its competence in connection technology (LED & ICs) and materials as well as in the detection and isolation of defects. The very high resolution was achieved through even finer structuring with extraordinary, miniaturized connection technology. For this purpose, at the Fraunhofer Institute for Reliability and Microintegration (IZM) in Berlin, Germany, LED arrays from Osram with 1,024 pixels were assembled on an active driver circuit from Infineon that controls each pixel individually. With extremely good cooling, the chips were assembled to enable micrometer-sized height differences to be balanced out.

Two different assembly techniques were investigated: thermocompression bonding with porous gold nano-sponge and reflow soldering with highly reliable gold-tin. Both assembly techniques proved to be successful with a high yield and a robust interface for the subsequent LED processes.

One of the technological challenges of the high-resolution LED headlight is the comparatively large chip with 1,024 individually controllable pixels. This is because as the LED chip size increases it raises the risk of failure or decreased luminosity of the individual pixels in the pixel matrix during the production process. To overcome this problem, the Fraunhofer Institute for Applied Solid State Physics IAF in Freiburg, Germany developed a new technology to repair defects. It is based on ultraviolet laser micromachining and enables defects in LED chips to be repaired during the production process. It works like this: The microscopic defects are identified and removed with a UV laser through careful material removal or are electrically isolated without the laser inadvertently causing new defects, what are known as leakage current paths. When they have been repaired, the pixels regain their full luminosity – the “luminescence pattern” is homogeneous again.

The economic benefits of laser micromachining from the Fraunhofer IAF are not only in reducing defects during production and thus lowering production discard and costs for large LED chips: The process can also increase the average life of the LEDs, which is an important competitive advantage and raises customer satisfaction.

The μAFS project was supported by the German Federal Ministry of Education and Research under funding ID 13N12510. It ran from February 2013 to September 2016. The aim was achieved by the project partners: to develop a smart lighting solution as the technical basis for a new class of energy-efficient LED headlights with additional road safety functions. Adaptive front-lighting systems (AFS) can be developed from this, which create more safety for drivers, passengers and other road users. Thanks to thousands of individually controllable light points (pixels), the new class of smart adaptive headlights can prevent glare for other road users while the other surroundings remain perfectly illuminated. The new LED chip with 1,024 individually controllable light points (pixels) is around as large as a fingernail. The combination of three such chips allows a resolution of 3,072 pixels per headlight. The smart pixel headlights provide a wide illumination of country roads thanks to its high beam level. Pedestrians are identifiable in the beam of the smart pixel headlights – the head region is left out by purpose to avoid glaring. 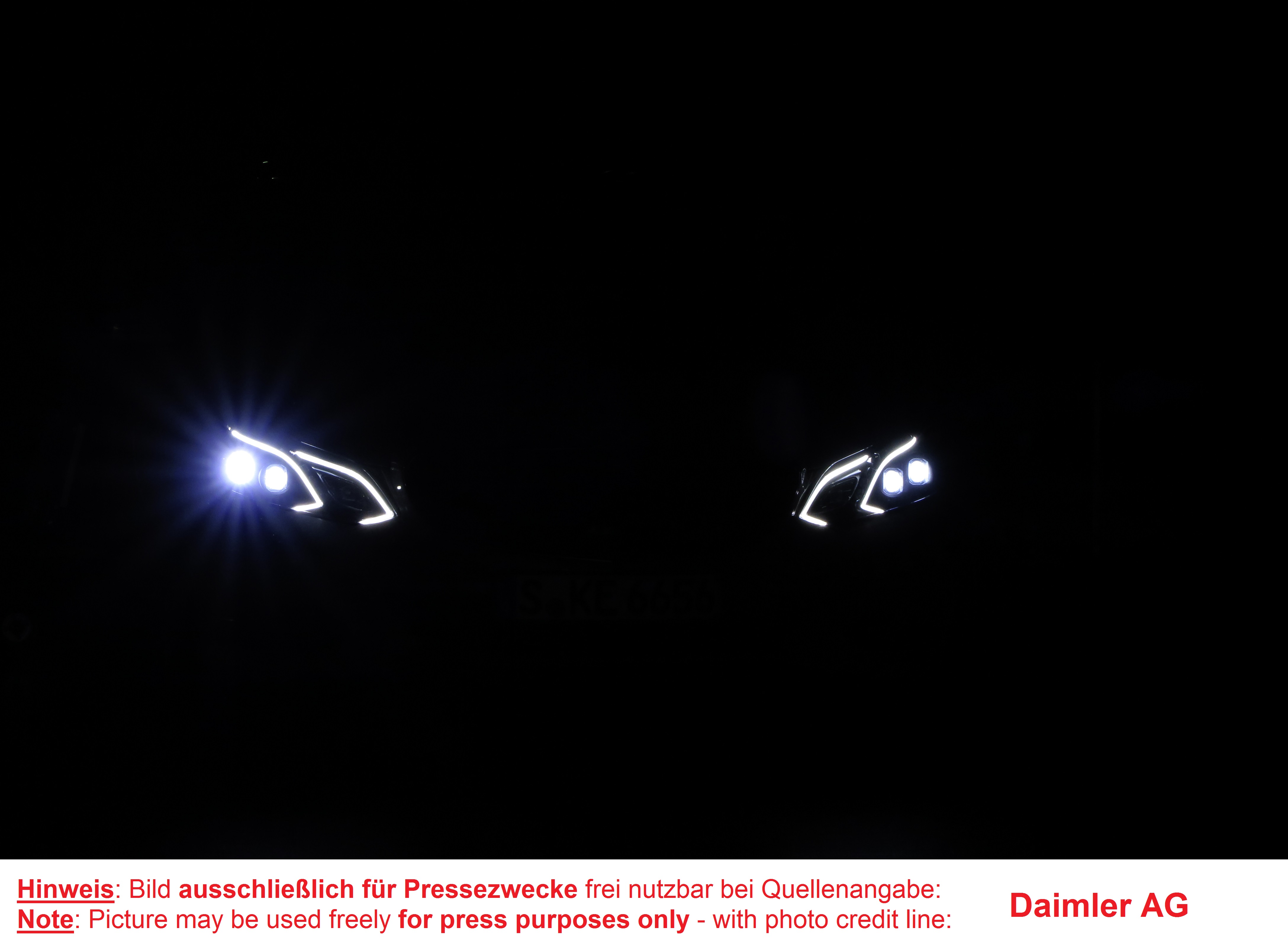 View from the pedestrian’s perspective: The two pedestrians are getting illuminated by the smart pixel headlights with high beam, their heads are left out to avoid glaring. 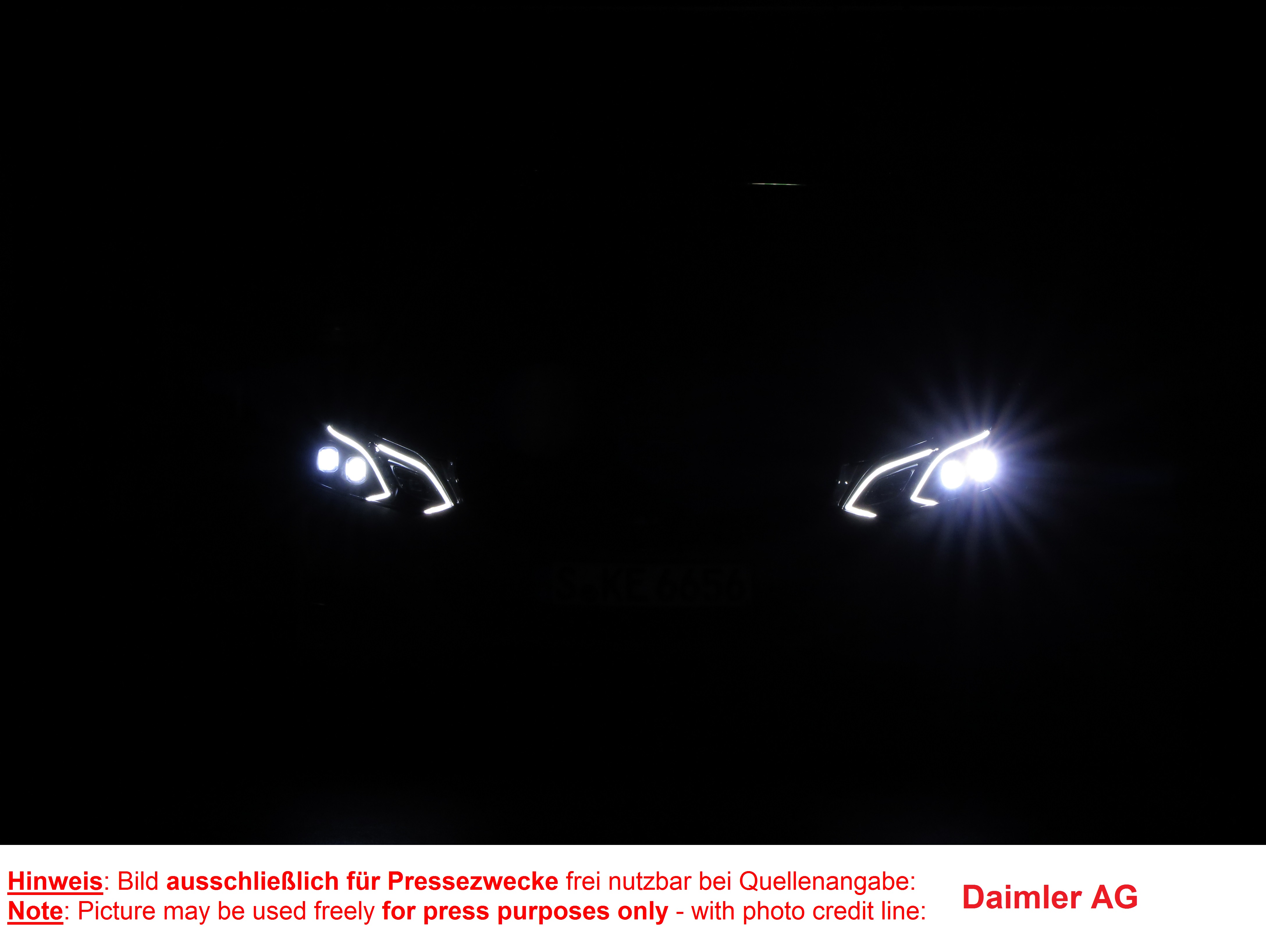 View from the pedestrian’s perspective: The two pedestrians are getting illuminated by the smart pixel headlights with high beam, their heads are left out to avoid glaring.

OSRAM, based in Munich, is a globally leading lighting manufacturer with a history dating back more than 100 years. The portfolio ranges from high-tech applications based on semiconductor technology, such as infrared or laser lighting, to smart and connected lighting solutions in buildings and cities. OSRAM had around 33,000 employees worldwide at the end of fiscal 2015 (September 30) and generated revenue of almost €5.6 billion in that fiscal year. The company is listed on the stock exchanges in Frankfurt and Munich (ISIN: DE000LED4000; WKN: LED 400; trading symbol: OSR). Additional information can be found at www.osram.de.