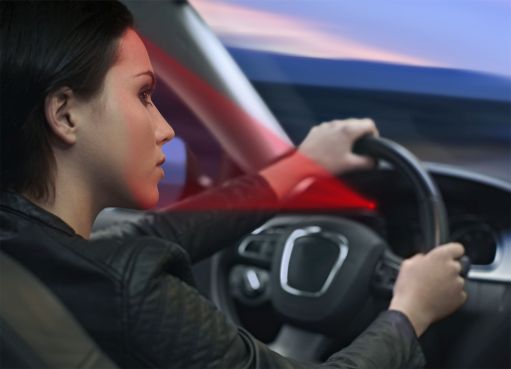 Increased performance thanks to the world's lowest values for forward voltages

The significant drop in light output (green gap phenomenon) exhibited by green LEDs has often been the cause of efficiency problems and high costs in customer applications. For its indium gallium nitride (InGaN)-based green LEDs, Osram Opto Semiconductors has now succeeded in reducing the typical forward voltages by around 600 mV drastically. With a simultaneous increase in optical output power, customers instantly benefit from improvements in efficiency of up to 40 percent compared to predecessor products across the entire UX:3 portfolio from Osram.

Developers at Osram Opto Semiconductors have managed to reduce the typical forward voltages of green direct emitting InGaN LEDs by 600 mV to 2.6 V at power densities of 45 A/cm2. The benefits are considerable, particularly for applications in which red, blue and green LEDs are used in combination. Because all three colors now have a voltage of less than 3 V the drivers, which were previously designed for higher maximum voltages, can now be dimensioned smaller. This in turn reduces both dissipative power loss and costs. The crucial factors in increasing efficiency were improved charge carrier transport and optimized material quality in the epitaxial layers.

At 350 mA, 1 mm2 UX:3 chips achieve efficiencies of 175 lm/W and higher at wavelengths around 530 nm with the new technology. Absolute light output in excess of 300 lm at a pumping current of 1 A opens up new applications for customers.

“Until recently, these efficiency values seemed unattainable for green direct emitting InGaN LEDs. We are now moving into areas that up to now have been achievable only with phosphor conversion emitters but with significantly reduced spectral quality. Thanks to the success of our development team we have been able to drastically reduce the green gap phenomenon for our customers,” said project manager Adam Bauer from Osram Opto Semiconductors.

The team is currently working on further improvements that offer potential which has become evident as a result of the recent findings. 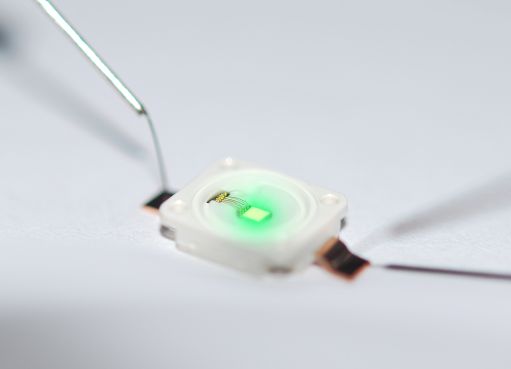