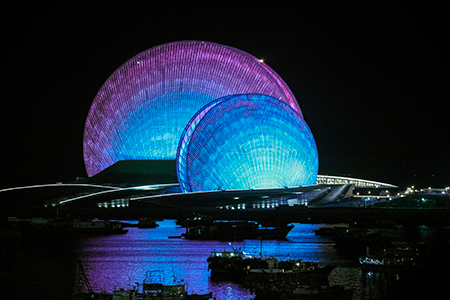 Osram Lighting Solutions has been distinguished with the Global SSL Showcase Top 100 Award given annually by the International Solid State Lighting Alliance (ISA). The company won the award for its spectacular LED media facade adorning the newly constructed "Zhuhai Grand Theatre". After having gained the award in 2015 for its illumination of the Sistine Chapel and in 2016 with its project "Wuhan - Two Rivers and Four Banks", Osram has now been honoured with the coveted award for the third time in succession.

The new opera house with its two giant shells at heights of 60 and 90 metres has become the new landmark of the Southern Chinese city of Zhuhai. The building consists of a concert hall with 1,550 seats and a theatre with 500 seats and offers citizens and tourists to the city an unforgettable, dynamic experience with light from afar. Coloured, individually controllable LED Dots (Traxon Dot-XL 9 RGB) with a total of 51,000 pixels were installed behind the aluminium facade perforated on both sides and enable highly spectacular animations with video and light on the outer surfaces of the shells. Programming and playback of the images and animations is with e:cue control technology.

During nocturnal hours the light takes advantage of the semi-transparent, perforated facade and transforms both scallop forms into self-illuminating icons - creating a fascinating play of light. Animated content on the facades is based on scenes taken from the ocean, referencing Zhuhai's heritage as a major fishing port in the Pearl River Delta. The animations can be modified at any time to seasonal specifics and festive events.

The ISA has been awarding the Global SSL Showcase Top 100 Award since 2012 for innovative project solutions with SSL technology. The association is an international alliance of well-known institutions, universities and leading companies in the SSL sector who share the aim of improving global cooperation and driving forward the long-term development of SSL. 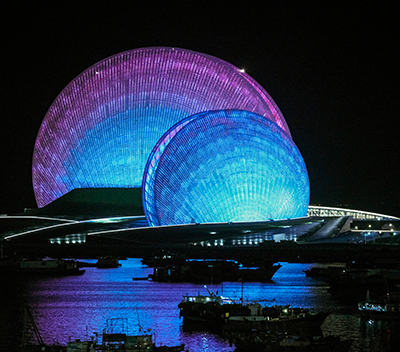 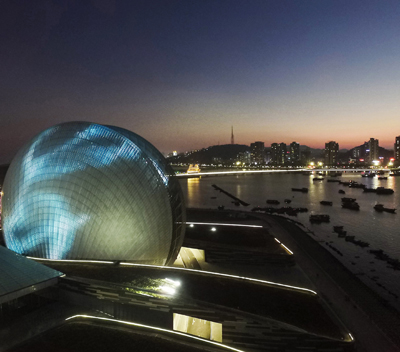