Together with uvex, Osram has brought its first products for textile illumination to series production. At the international trade fair for safety, security and health at work, uvex will be presenting safety vests and a softshell jacket equipped with active LED lighting from Osram. The textile illumination is incorporated into the safety clothing and ensures greater visibility and hence safety in day-to-day work, for example, on construction sites or in road traffic.

The light modules are LED-based and an integrated part of the clothing. They are battery-powered via a USB port. The key advantage of the new technology: Reflector strips on conventional work clothing only reflect incident light, while the light modules ensure active illumination at all times, thus improving safety when working in the dark or in poor visibility conditions. The clothing can be washed in the washing machine along with the integrated light guides. The A+A International Trade Fair for Safety, Security and Health at Work, at which the pioneer in protective clothing uvex will be presenting the innovative products for the first time to trade professionals, will be held in Dusseldorf from October 17 to 20.

The light modules were already tested last year under extreme conditions at an altitude of just under 3,000 meters in an ice hockey game played on the Zugspitze. In the next step, Osram plans to combine light modules with sensor technology: This will in future allow various applications to be controlled using an app. Possible examples include sports clothing that warns the wearer about a high pulse rate via the light guides, or a cycling jacket with an integrated brake light. 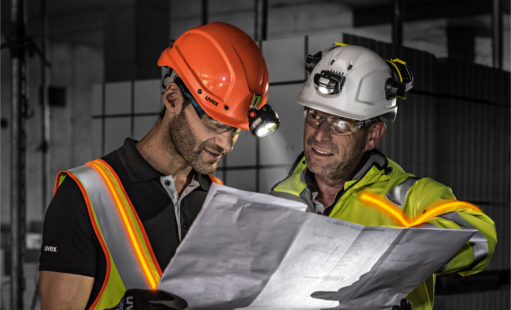 OSRAM with headquarters in Munich, Germany is a globally leading light manufacturer with a company history spanning approximately 100 years. The product portfolio contains high-tech applications based on semiconductor technology such as infrared and laser. Products are used in a wide variety of applications ranging from virtual reality, autonomous driving and mobile phones to networked, intelligent lighting solutions in buildings and cities. The company is global technology and market leader in the automotive lighting technology sector. OSRAM employed around 24,600 people worldwide in the fiscal year 2016 (to 30 September) in its continued business divisions (without Ledvance), and achieved turnover of 3.8 billion euros in this fiscal year. The company is listed at the Frankfurt am Main and Munich stock exchanges under WKN: LED 400 (stock exchange symbol: OSR). Further information can be found on the internet at www.osram.com.