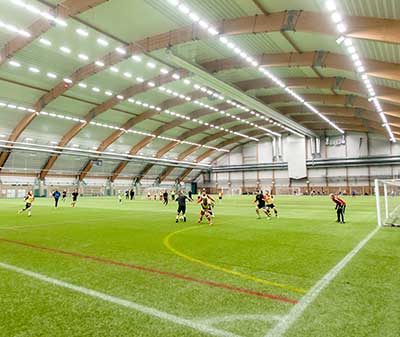 Osram Lighting Solutions designed and implemented innovative LED hall lighting for the Nordichallen, a modern exhibition space and football hall in the Swedish city of Sundsvall. The new lighting solution complies with professional light requirements as stipulated by the Swedish Football Association and simultaneously saves around 65 percent energy. The home team of GIF Sundsvall, a club in the Allsvenskan premier Swedish football league, uses the hall for daily training, hall competitions and friendly matches.

The Nordichallen in Sundsvall is located at Northern Sweden's largest sports centre and trade fair site of Gärdehov that in addition to football also functions as a regional centre for ice hockey, floorball, ice skating and curling. The hall has floor space of approximately 11,000 square metres and a ceiling height of 22 metres, and since 2011 also benefits from a mobile, full-size artificial turf pitch. With a size of 105x65 m this even complies with requirements for international competitions – therefore enabling not only general football use by local clubs and schools but also fulfilling all preconditions for professional football. Until now though, lighting in the Nordichallen did not meet photometric requirements of the Swedish Football Association for clubs in the premier league, e.g. regarding glare limitation and uniform illumination.

Following careful lighting design and precise calculations, Osram installed 411 innovative LED luminaires each with 181 W to replace the previous 500 conventional HID luminaires with 400 W. The Siteco luminaires used of type LS160 LED provide significantly better quality of light, and thanks to frosted prismatic optics achieve less glare even when directly looking into the luminaires. They also ensure flicker-free light for video recordings – ranging from mobile phones to HDTV with super slow-motion. With state-of-the-art technology and maximum light output ratios, the new LED luminaires increase nominal lighting levels in the hall from a previous 400 lux to 800 lux.

Upgrading from previous conventional technology to the long-life and efficient LED lighting solution was also worthwhile in terms of cost-efficiency. The new LED hall lighting achieves energy savings of around 65% and significantly lower maintenance overheads and operating costs. 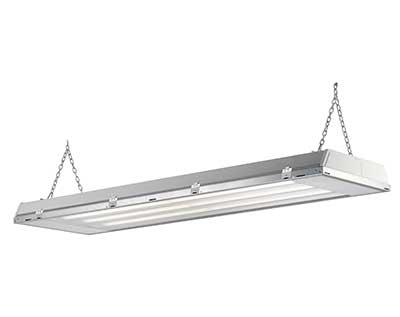