The new IR Topled D5140 photodiode from Osram Opto Semiconductors requires considerably less pc board space than before. It enables more compact sensors to be produced for monitoring fitness levels, for example in fitness armbands. The spectral sensitivity of the D5140 has been optimized for visible light and allows precise heart rate measurements using red or green light. The component is also ideal as an ambient light sensor.

The IR Topled D5140 is a further development of the SFH 2440 photodiode which Osram Opto Semiconductors has recently introduced for fitness sensors. A pre-molded package soldered to the bottom of the package forms the basis of the new component. Previously offered packages had to be soldered to side legs. Because these legs are no longer there in the new design, the Topled D5140 is around 1.4 mm shorter, now measuring 5.1 millimeters (mm).

The electrical and optical properties of the new photodiode are identical to those of its counterpart, the SFH 2440. Along with the short switching time of typically 90 nanoseconds, the spectral sensitivity optimized for visible light is particularly noteworthy, with a maximum sensitivity of 620 nanometers. However, in the infrared spectral range the sensitivity of the two photodiodes is greatly suppressed.

Precise heart rate measurements
Just like the SFH 2440, the IR Topled D5140 is also ideal for optical sensors for pulse rate measurements, on the wrist for instance. It works by shining visible light on the surface of the skin, some of which is absorbed or reflected to the detector. Because arterial blood absorbs more light than the surrounding tissue, the strength of the detector signal changes with the volume of blood through which the light passes. The periodicity of the signal indicates the heart rate. However, infrared light which shines onto the measuring point from the surroundings and disperses in the body also reaches the photodiode.

The Topled D5140 offers an outstanding signal-to-noise-ratio because it registers the reflected light particularly well while at the same time suppressing the infrared light. Thanks to its short switching time, the light signal modulated with the heart rate can be time-resolved perfectly. "The IR Topled D5140 allows our customers to design more compact sensors, preserving the high signal quality offered by the SFH 2440 so far", said Dr. Chris Goeltner, Project Manager Infrared at Osram Opto Semiconductors.

Ambient light sensor
Applications which so far have been using large-area photodiodes such as the SFH 2440 or SFH 2430 as ambient light sensors can also be made smaller with the new component. In the near future, Osram wants to offer a photodiode with broadband spectral sensitivity in the new package for its automotive customers too. 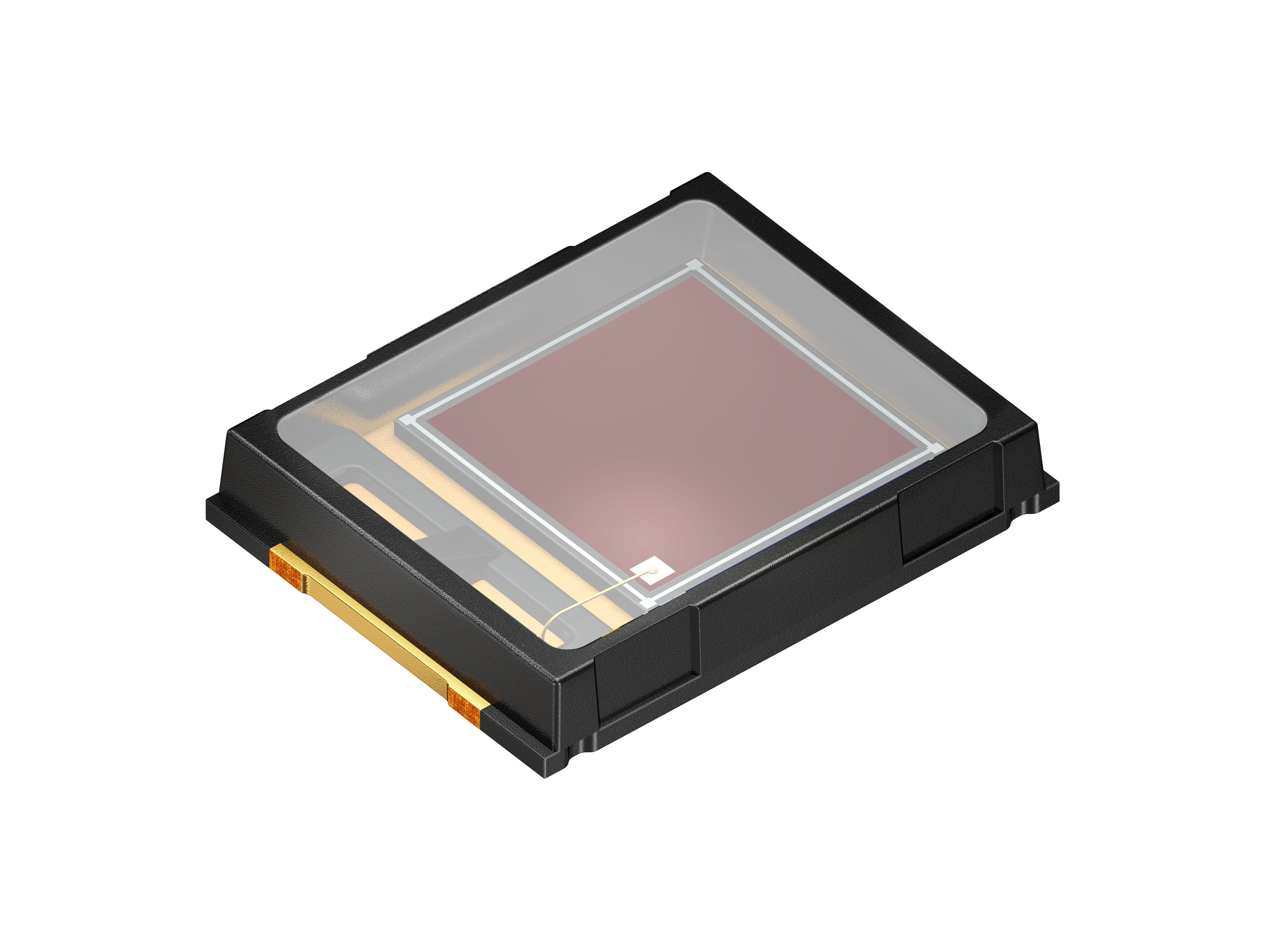 Thanks to a new package, Osram Opto Semiconductors reduces the length of its large-area photodiodes by about 20 percent. The first product from this series is the IR Topled D5140 which has been optimized for the detection of visible light.
Picture: Osram