Sights set right! Augmented and virtual reality systems use infrared LEDs to “know” where the user is looking 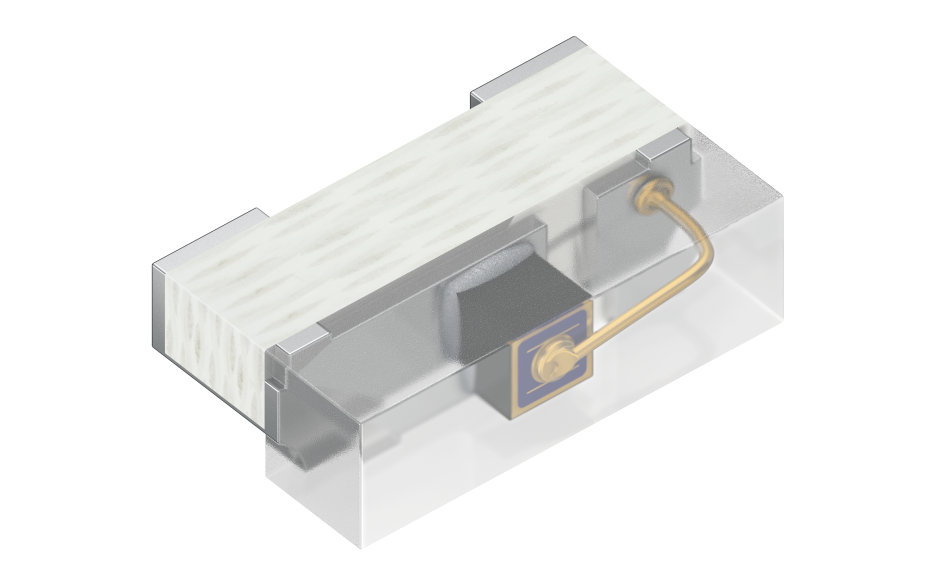 Osram Opto Semiconductors is launching its smallest sidelooking infrared LED to date. The new SFH 4055 is based on the proven Firefly platform, used widely for LEDs in the visible spectrum. The new transmitter, which has a wavelength of 850 nm, is primarily targeted at eye-tracking systems in augmented and virtual reality headsets.

Eye-tracking systems use multiple infrared LEDs to illuminate users’ eyes and capture the light reflected back with camera sensors. This allows these systems to compute the position of the user’s pupil and work out what direction the user is looking in. Incorporating this technology into virtual reality (VR) or augmented reality (AR) headsets calls for extremely compact infrared LEDs, tiny enough to fit into glasses around eyepieces. With a footprint of just 1.0 x 0.325 x 0.55 millimeters, the new Firefly fits the bill perfectly. The LED is a sidelooker with an impressively low height of just 0.325 mm.

Intuitive interaction, less computing power
Eye tracking supports entirely new, highly intuitive forms of interaction in VR and AR applications and enables users to control software programs by directing their gaze. For instance, AR glasses can display information that relates specifically to an object that a user has selected.

There is an added benefit for VR systems: They can exploit eye tracking to reduce the amount of computing power they require – a useful capability given the need to render images extremely quickly so as to offer users a realistic experience. Image rendering calls for computers that can deliver a lot of processing and graphics power. With eye tracking, these systems can focus on rendering images at a high resolution in the line of sight and maintain a lower resolution in the periphery.

Benefits for optical touchscreens too
Infrared transmitters, lasers and photodetectors from Osram are already in use in VR and AR solutions, and the company’s first infrared Firefly will enable it to support new use cases in this fast-growing market.