From Italo disco to mega events – the story of Clay Paky is an eventful journey through five decades of entertainment lighting.

“Seeing the “LX3” today makes you smile. It doesn’t seem so exceptional.” Pio Nahum, CEO of entertainment lighting specialist Clay Paky, stands in the company’s “MoMS” museum in Bergamo. Next to him is the first spotlight made by the company. To understand its revolutionary concept you have to go back to the 70s.

“Back then, there were ballrooms with a live band. The lighting consisted of a few flashing bulbs.” The young Pasquale Quadri or Paky, as the legendary founder of the company was called, had a groundbreaking idea: he placed a rotating wheel with oil and dyes in front of a projector. The result was a psychedelic kaleidoscopic effect. Something unprecedented. “Pioneering work in a psychedelic time,” says Paky’s successor Nahum. “Club owners were thrilled.” It was the birth of Clay Paky. 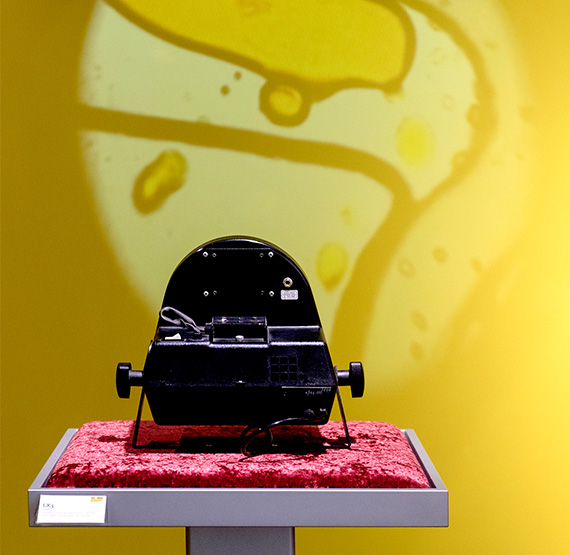 The fact that the idea was born in Italy does not come as a surprise. “It was the time of dolce vita. Nightlife was flourishing.” Disco music was replacing live music. Clubs literally shot up out of the ground. And Italo disco became the epitome of disco culture: large clubs with huge dance floors for up to 12,000 people. The small town of Castel Goffredo in the Mantua region developed into the world capital of disco lighting.

Only a short distance away, Paky worked on further products. “Paky was an outstanding engineer. He had huge success with the “Astroraggi.” For the rotating disco ball with its multitude of beams he used a set of lenses and only one lamp instead of dozens of small lamps to achieve the same effect. Clay Paky presented its innovations at the industry’s most important trade show at the time in Rimini. People from all over the world flocked to the town on the Adriatic coast. “The fair would start at nine in the morning and went deep into the night with parties in hundreds of discos – a fantastic time,” says Nahum with a knowing smile.

From Bergamo to the stages of the world

At that time in Italy there were 30 manufacturers producing disco lighting. Only a handful have survived, among them Clay Paky because the company recognized the signs of the times at the beginning of the 90s. Large capacity discos gave way to smaller clubs. Powerful lighting was no longer in demand. Clay Paky dedicated itself to a new business field, namely band tours. The “Golden Scan” formed the bridge – the first spotlight that could be programmed and controlled digitally. Intended for discos, it soon enjoyed great popularity with bands. And Clay Paky developed into a specialist for show lighting, whose products are used even at mega events such as the Olympics or the Eurovision Song Contest (ESC).

With the industry becoming more professional, stage lighting became an increasingly important part of shows – a distinguishing feature. At the same time, expectations of the products increased: new effects were always in demand. “The ESC, for example, demands enormous creativity from lighting designers. 40 artists who all want to have different shows.” For this they need versatile and innovative products. “The fact that many rely on us is not least due to our innovative strength,” says Nahum.

The limits of the feasible

And so, it is product launches that Nahum remembers as the most notable events in his three decades in the business. Like the moment when the “Sharpy” was presented to the jury as a candidate for the best product at the “Plaza” trade fair. “A moving head with only 200 watts, but an extremely strong beam of light that cuts through an entire stadium. What made me so proud was the reaction of the experts. What they saw, seemed just incredible to them.”

“Surprise people with innovations at the limit of what is feasible,” is how Nahum’s designated successor Marcus Graser describes the company’s ambition. Graser comes from lighting specialist OSRAM, which took over the Italian company in 2014. For him, the recently launched first laser-based “Xtylos” spotlight lives up to this ambition. “Developed in collaboration with OSRAM, it will be a defining product in terms of precision, color intensity and luminosity over the next few years.

Digitalization and automation in the industry are also defining trends. In the past, spotlights were operated manually – traditionally by the truck drivers on tours – but today experienced personnel are needed to digitally control hundreds of light sources. Follow spots, which automatically track people on stage, are also part of this trend. “The entertainment sector is comparatively late with digitalization. It is a medium-sized, fragmented industry,” says Graser. “This is precisely where we see our opportunity. As part of OSRAM, we are in a position to offer a comprehensive technical platform for the industry.”

Despite all the digitalization, the analog live experience remains the focus. And the importance of live events will continue to grow in the future. “Since the digitalization of recordings, live shows have become more important than ever for the music industry. This is how performers earn their money. This trend is helping us,” says Graser.

And what will the shows of the future look like? “There will be new types of events,” says Graser. “Ten years ago, nobody would have thought that computer gamers would one day fill entire halls.” Such hybrid events with a mix of analog and digital experiences will increase in the future. And there will be new venues beyond the concert stages. Millions are already being spent today on professional entertainment lighting, whether for product presentations or cruise ships.

A question of passion

“This industry will continue to flourish,” the outgoing managing director is therefore convinced. And his summary after three decades in show business reads like good advice to his successor: “In this business if you don’t have passion you don’t have success. This is a passion business. You can’t plan it for years ahead. You rediscover it every day.” 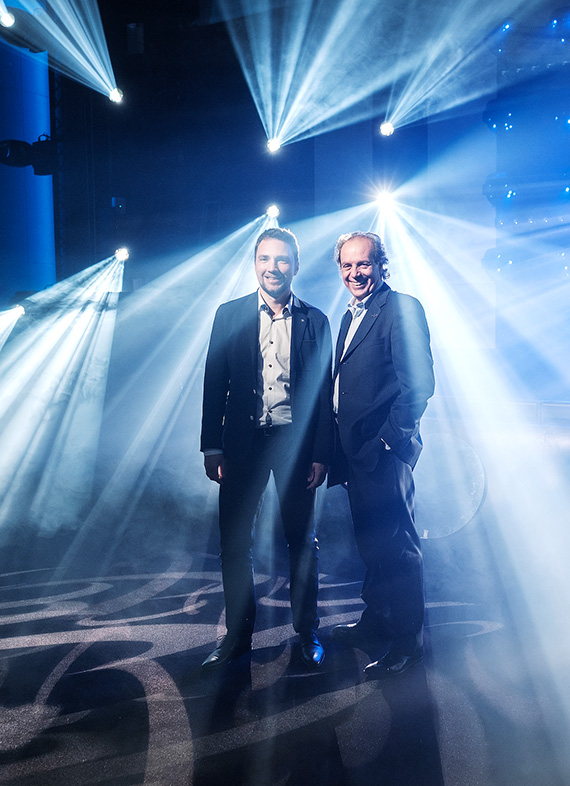