At this year's Automechanika, the world's largest specialist fair for the automotive aftermarket (secondary market), Osram is presenting products that enable workshops and the trade sector to more efficiently meet customer needs. "Now that light has increasingly characterised the design of new vehicles, we aim to give the aftermarket new impulses with innovations for all technologies and applications," commented Hans-Joachim Schwabe, CEO of the Speciality Lighting business unit at Osram.

Whether as light strip, arrow or corona, LED daylight running light has now given cars a highly recognisable brand appearance for several years. Osram is the driving force here because the company's LEDs are fitted in every second new vehicle. In order that customers who want to upgrade their car can benefit from the expertise of the light manufacturer, Osram is showing its first LED daytime running light kit at Automechanika. The LED Light@Day gives vehicles a highly dynamic and modern appearance thanks to a homogeneous illuminated surface and a distinctly sweeping design. Car owners are completely up-to-date in terms of technology as well: using the daylight driving light is up to 90% more efficient than using the halogen low beam light during daytime. LED Light@Day complies with the regulations of the Economic Commission for Europe (ECE) and can also be used as parking light. Installation is carried out easily by end customers and installation accessories are suitable for the most common vehicle models. Thanks to the IP 69K protection class, intensive car washing is also no problem for LED Light@Day.

Anniversary edition with a reason to celebrate: Night Breaker Plus

As with xenon technology several years ago, today it's LED that causes a transformation on our roads as car headlights become significantly brighter. Osram launched the high performance Night Breaker lamp five years ago so that customers with halogen headlights could also enjoy the advantages of more light. The benefits: up to 90% more light on the road than with conventional car lamps and a cone of light that is up to 35 metres longer. The lamp, in the meantime available in the further developed Night Breaker Plus version, is the most successful aftermarket product in the history of the company. Osram is offering a limited edition for the anniversary with golden contacts and a golden bowl. Extensive marketing will make sure that the lamp's birthday will also be a great reason to celebrate for the trade and workshops. Osram will also be showing the new Osram Silverstar 2.0 at Automechanika in the halogen lamps sector as a product positioned between standard lamps and the Night Breaker Plus. Normally a shortened service life is the result of brighter light with high performance lamps, but the Osram Silverstar 2.0 emits more light onto the road than a standard lamp and with almost identical operating duration.

The brightest xenon lamp in the world: Xenarc Silverstar

For a long time xenon light played no significant role in the automotive aftermarket. The service life of the lamps is especially long, which is why the classic replacement market was distinctly smaller than with halogen products. But the past years have shown that customers with xenon headlights are also keen to retrofit their passenger cars. The Xenarc Cool Blue Intense, offered by Osram since 2010 and recognisable with its especially blue light, was so popular that Mercedes Benz took the decision to integrate it into the standard features of several models. Now in addition to Xenarc Cool Blue Intense, Osram is offering a second xenon lamp for refurbishing: Xenarc Silverstar. This is the brightest xenon lamp in the world as it features a light cone extended by 20 metres and emits up to 30% more light onto the road. At the beginning of the year the lamp was awarded first place in testing carried out by a major car magazine, and during the International Automobile Fair (IAA) last year, Xenarc Silverstar was distinguished as the winner by the council for design in the "Automotive Brand Contest".

The Wireless Ambient Light concept survey from Osram demonstrates which products will enliven the aftermarket in the future. The product series is aimed at the trend towards individual interior lighting that is offered by ever more new vehicle manufacturers. Wireless Ambient Light for the first time offers this possibility without cables and for retrofitting purposes. Two different modules are available for the door frame, two wallwashers, two spots and a light guide. These can be flexibly fitted into the car interior, and according to personal taste set either red, green, blue, orange or radiant white light accents. The light is controlled via remote control. The plays of colour do not inhibit driving safety because due to its homogeneous light distribution, Wireless Ambient Light causes no disturbing shadows that might irritate the driver. The accent lighting is also dimmable at four levels from 10% to 100% to avoid glare. The LED light switches on automatically when the car door is opened, and all modules can be simply controlled via remote control during driving. Installation is simple: no cables are needed as the LEDs are operated with cells.

Good visibility is at least as important for utility vehicles as for passenger cars, but in such applications though a long service life is particularly important, as costs for idle time occur with lamp replacement during the maintenance period. It's no wonder then that Osram has landed a significant success with Truckstar Pro. The lamp brings twice the quantity of light onto the road surface and has double the service life of a classic 24V lamp. The lamp has now been redesigned, and has become especially robust with "heavy duty" technology.

Automechanika takes place from 11 to 16 September 2012 in Frankfurt on Main, Germany. The Osram stand is located at Hall 3.0, Stand D15. 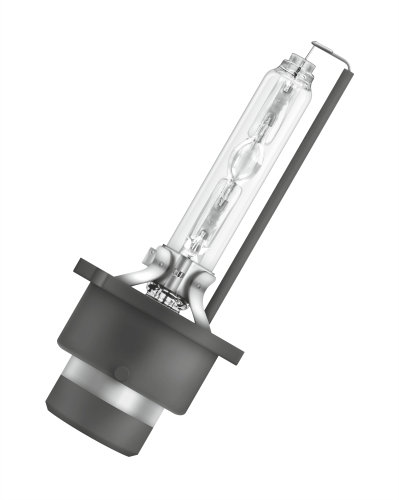