New quartz pinch technology protects during transport and use

Osram has made its halogen studio lamps more efficient and resistant with a new technological development. The new quartz pinch technology significantly improves the stability of the lamp, especially when used in automated lights and during transport. In addition, luminous efficacy and service life are increased. The new technology means that the double Oscar winner Osram once again sets standards for studio and stage lighting.

Whether on stage or on film sets, spectacular productions demand a high level of light with maximum quality and simultaneously tough lamp designs. Osram halogen lamps for studio and stage applications meet these requirements and have now also been technologically optimised: with the new quartz pinch technology the "filament holders" are melted in transparent quartz rods that are tightly pinched under high temperature in the lamp bulbs of transparent quartz. The lateral mountings of tungsten can be done without and the number of components in the lamp is reduced to a minimum. Lamps featuring this technology are largely insensitive to impact and vibration because the mount with the filament segments can no longer knock against the bulb wall or fracture. Doing without conventional mounts also influences the purity and quality of the lamp and thus also achieves an improvement of efficiency. The lack of conventional filament mount also prevents shading in the luminaire or optical system, which in turn increases the efficiency of the lamp in the luminaire. 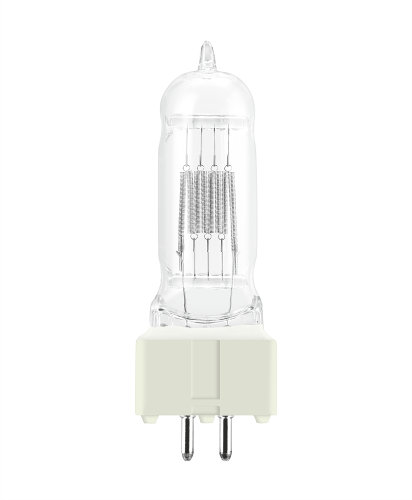 The new development is especially interesting for stage and show applications, because, during transport and also with use in spotlights with so-called "moving heads", the lamps are more robust and have a longer service life. Fully automatic, process-controlled production ensures a constantly uniform and high quality.

Osram has a long tradition in film and studio lighting and the company has been distinguished with two Oscars. In addition to halogen and high pressure discharge lamps, Osram now also offers LED solutions for set lighting.