At Euroshop, the world's leading fair for the international retail sector, Osram is demonstrating how retailers can win over customers for their products with light, ranging from lamps to complete solutions. The highlight of the fair is a spotlight that brings the quality of museum illumination to the classic retail sector, and a real eye-catcher is Osram's design study of a fitting room: Using LED screens and variable light, customers can test in the store how swimming trunks for example will look later on the beach. Euroshop takes place from 16-20 February in Düsseldorf, Germany.

The Lunis 2 Track spot is based on the LED luminaire used in the Lenbachhaus art museum in Munich. The spot can be mounted to tracks, and is ideal for the targeted accenting and display of goods in retail stores as well as for public buildings and museums. Lunis 2 Track spots feature high efficiency and very good colour rendering (CRI > 90). Heat is dissipated via cooling ribs instead of a cooling system with water or fan, making the luminaire especially durable. Lunis 2 will initially be available with warm white (3000 Kelvin) and neutral white (4000 Kelvin) light, and a version with flexible colour temperatures is also being planned.

Osram offers a wide selection of discharge lamps from the Powerball HCI series for luminaires with standard technology. The series has been expanded with the Powerball HCI Plus range of lamps. The new lamp types feature very good colour rendering (CRI 90) and achieve efficiency up to 108 lm/W, corresponding approximately to five times the efficiency of standard halogen lamps in the retail sector.

Powerball HCI lamps are ideal for various applications ranging from general and accent lighting to use in decorative luminaires.

Osram also offers the Flex Protect ShortPitch linear light as an LED strip with especially short LED distances, enabling light lines in coves for example to be uniformly illuminated in white, even with low installation depths. The strip is simply cut with a utility knife and pasted onto a surface, and the high quality silicon cover means it can be installed visibly without negatively affecting appearances. The modules with IP67 protection rating are dust and water-resistant as well as being resistant to UV radiation, for additional use in outdoor areas. In the retail sector they can be used for specifically illuminating goods in shelf and cabinet units for example. When integrated in hand rails they ensure orientation, and they can also be installed as elegant light lines for an appealing shopping atmosphere. Osram supports customers upon request with an assembling service: The LED strip is cut to the required length, fitted with connections and pre-assembled with cover into the aluminum rail.

A real eye-catcher on the fair stand is the "Debut" design study. A fitting cabin is equipped on the inside with two LED screens and luminaires with variable light colours. If for example customers wish to try out swimming trunks in a vacation atmosphere, a beach scene is displayed on the screen and the luminaires simulate a bright sunny day. The customer sees the product in the mirror as it looks later in use – disappointments are avoided. The fitting cabin is controlled by a tablet PC.

A further glimpse of future possibilities is made available by Osram with its Prevaled Core 2015 concept study. A LED light source with LEDs from Osram Opto Semiconductors is shown, a so-called light engine for spots that unites three important characteristics: Flexibility, quality of light and economy. The displayed prototype can be set at random from warm white (2700 Kelvin) to cool white (5000 Kelvin). Prevaled Core 2015 has been developed to require simpler control unit electronics than current light engines, giving more economic applications. The market launch in luminaires is planned for 2015.

The Osram stand at Euroshop is located in Hall 11, Stand A42. 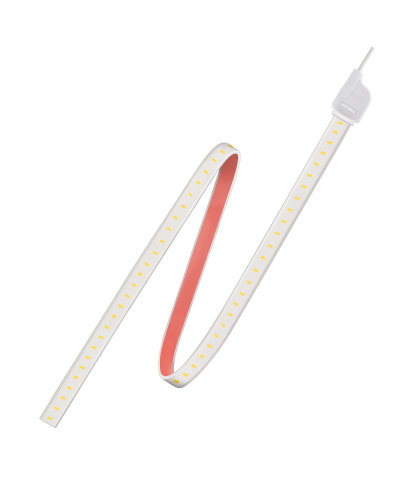 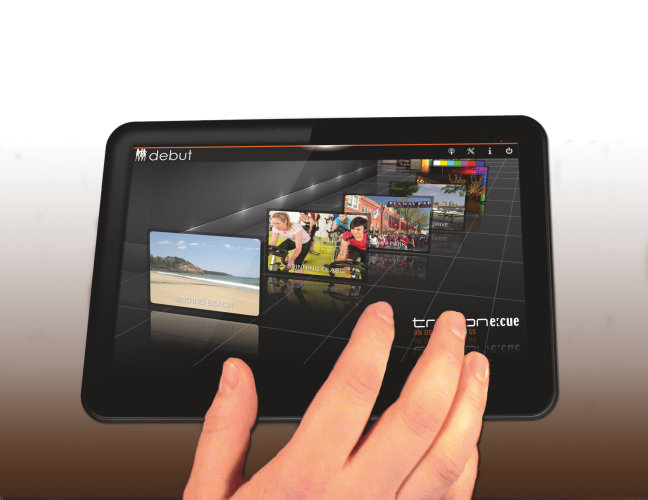 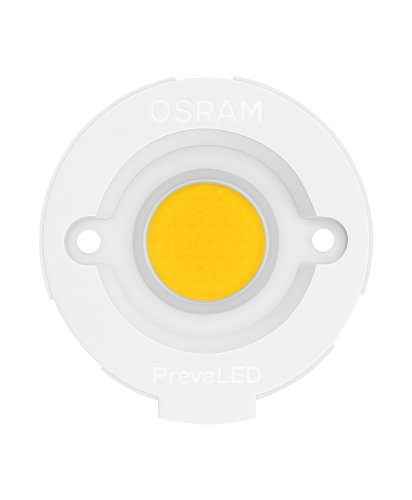